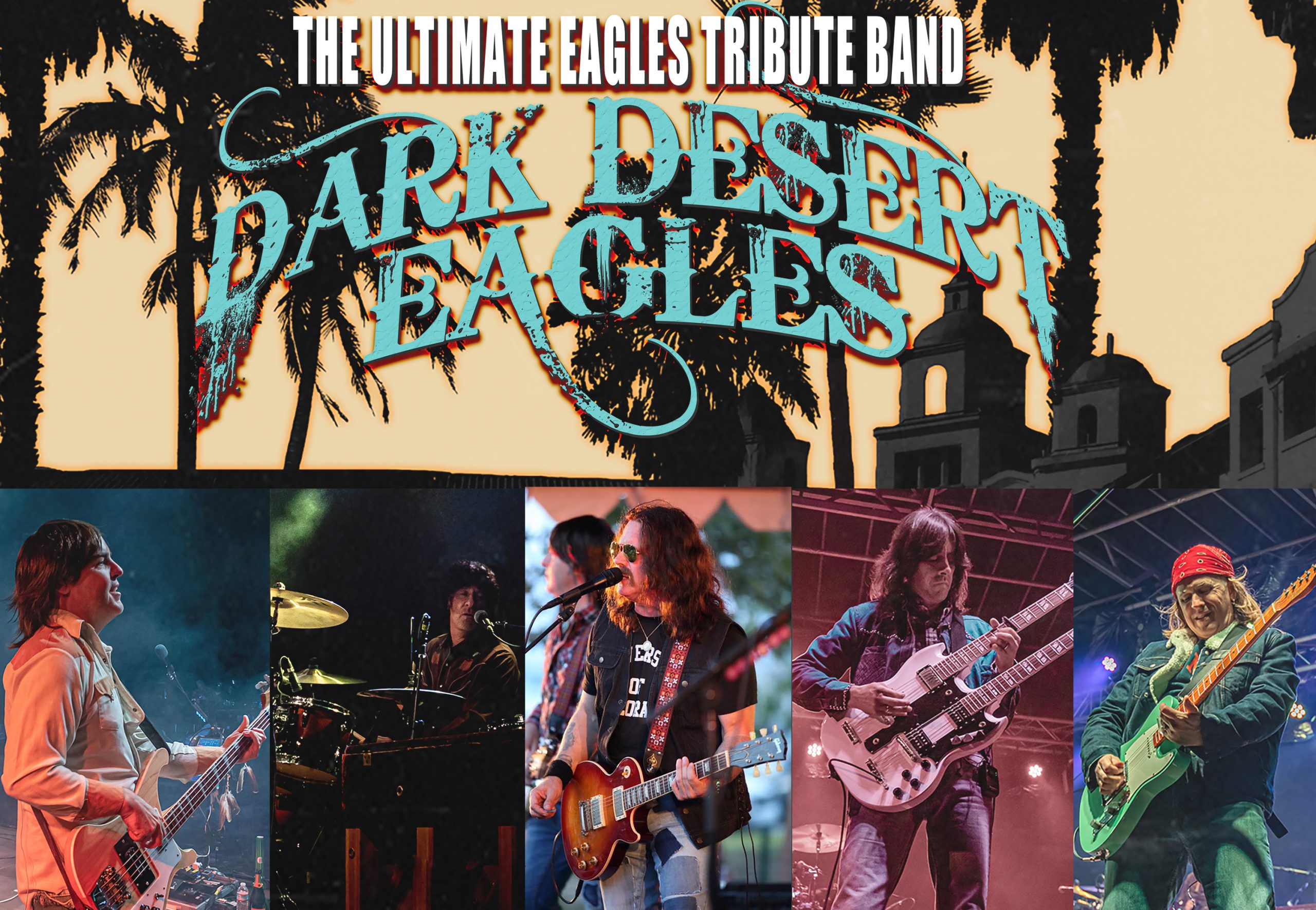 “Incredible show! This is one of the best shows I’ve been to in a long time I really felt like I was watching the Eagles a must-see!”
Posted by Gregg4

“The Dark Desert Eagles belong up there with the best tribute bands of all time. You can close your eyes and feel you are attending a real Eagles concert!!”
Posted by Mikey1234888

“The show was non stop entertainment . Funny, talented band that rocked the house!”
Posted by speciallittlelady

“The Dark Desert Eagles are a MUST SEE! If you like the Eagles, you will love this show. The band really brings you back in time”
Posted by MaryM123

“Closed my eyes and I was back in the Boston Garden in the 70’s …. What an awesome show!”
Posted by tcfraser

“Better than the Eagles! If you like the Eagles, don’t miss this show – they are fantastic!”
Posted by nhbeachguy

“I took 14 of my friends to see the band for our first time. Everyone thanked me and said it was so much more than they thought it would be, they were excellent!!!”
Posted by Roadking8827

“But just pulling off the music is just part of it.” Badger says, “We really want to bring the audience back in time to the 70s! The image is almost as important as the music and we have really paid attention to detail on the wardrobe, the hairstyles, the guitars… everything that made the Eagles so cool!” He goes on to say, “We’re not just pretending to be the Eagles, we are the Dark Desert Eagles who are the self proclaimed World’s Greatest Eagles Tribute band from 1977! We have traveled through time to the present day and when the house lights go down, the audience finds themselves in a Twilight Zone episode meets Back To The Future… It’s a blast!” WATCH THE DARK DESERT EAGLES HERE

Buckle up and get ready to enjoy a stunning musical tribute to America’s Greatest Rock Band – The Eagles.

THE DARK DESERT EAGLES HAVE LANDED!